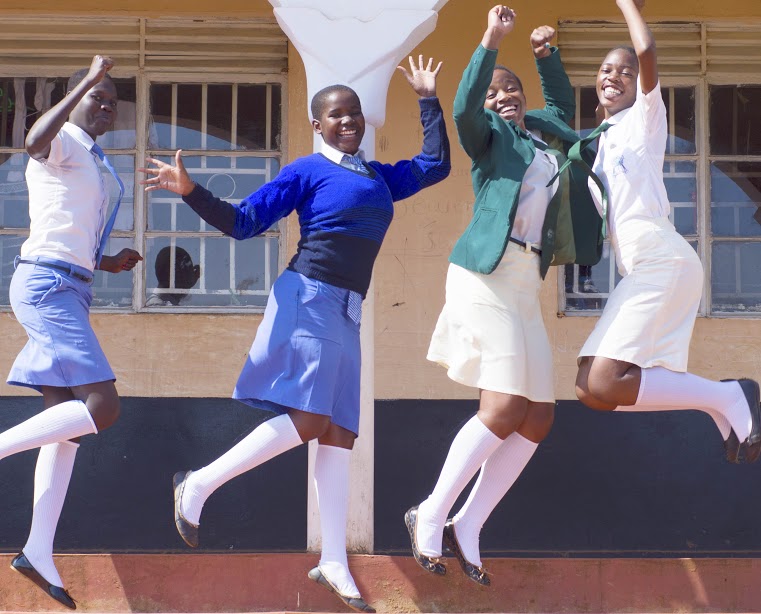 Yesterday at lunchtime I was standing under a mango tree sheltering from the mid-day equatorial sunshine, looking out over lush green fields down to Lake Victoria.

In the background singing rose up from a classroom behind me… What a soundtrack! A group of S3 (Year 10) students had just had lunch and were feeling so happy they decided to sing about it.

I had this surge of gratitude for where I am and what I’m experiencing, for the chance to make an impact on the history of this school, on the lives of these children and on the professional development of the staff.  I have no doubt that the biggest impact of all is going to be on me though – it’s already started!

The job itself – leading the transformation of a school as the School Development Director / Executive Principal and being involved with a team of outstanding, inspiring people who have achieved incredible feats of transformation in education not only in the UK but internationally – is a dream come true. So here I am, in Uganda, along the Entebbe Road just outside Kampala in my office at Kisubi High School!

The school has had a difficult recent past for many reasons. I knew what I was facing when I came out here in September as I’d received lots of information on the school, its students and its staff. I’d also been able to visit the school for a week in August.

The first month has been a lot about fire fighting, relationship building, getting to know who’s who and what’s what.  It’s a fact that in any staffroom you’ll find passionate, intrinsically motivated teachers, sceptics and dementors and every type of person in between and it’s exactly the same here. The difference is that you’re operating in a culture with its own norms and idiosyncrasies and you have to navigate these alongside trying to really get where someone is coming from, to understand what they are actually saying and to get them to really understand you.

The leadership team has bucket loads of enthusiasm and optimism, but they have no idea how to strategise and where to start to construct an improvement plan. I’m in the throes of designing a new organisational structure, rationalising the curriculum, introducing a new timetable with one hour periods while embarking on a quality assurance exercise where I’ll observe every teacher in the school formally in the next fortnight. Never a dull moment that’s for sure!

So what have been the quick wins so far? Within a week the campus, which had become one big rubbish dump, was cleaned up and the students started to pick up their litter every morning on a class rota. We stopped caning (all forms of corporal punishment) immediately and with none of the backlash some thought there might be. I introduced internal isolation during the day as an alternative. One boy, who must be at least 6 foot 7 (from South Sudan), actually cried on day two and said the ‘punishment’ was too much for him and he’d rather be caned! We’ve introduced the concept of B4L and replaced ‘discipline and punishment’ with behaviour management and we’ve even had CPD on using restorative approaches. Another quick win has been to pay the staff on time and to improve the diet so that there’s more to it than rice and beans every day.